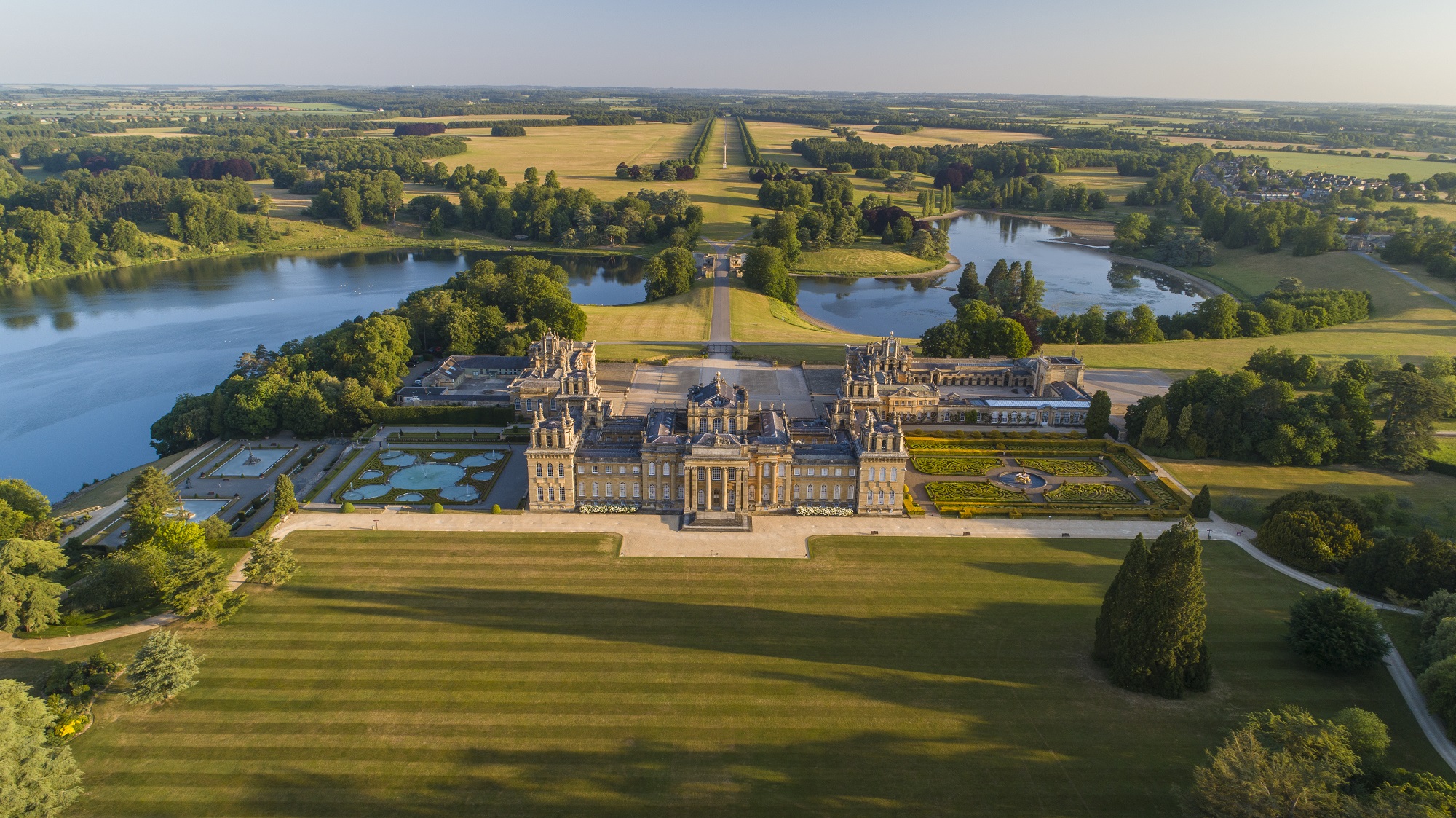 I had always, naively it turns out, thought that non-object art was purer than object art. My logic rested on the idea that if there’s no commodity then there’s nothing to commodify. Tino Sehgal makes non-object art: long performances in galleries involving direct interactions with visitors. Even though the constituent parts of his work remain fairly stable (groups of performers moving around a space, spoken interactions with visitors) he makes site specific or at least site sensitive work. His new work takes place at Blenheim Palace, an enormous country house near Oxford in England, the seat of the Duke of Marlborough and heavily associated with Winston Churchill.

No venue for viewing art is politically neutral but the politics of Blenheim Palace – as a symbol of colonisation and the British Empire and the ongoing brutal unfairness of the British class system – are as regressive as they are unignorable. Sehgal’s piece is made for and takes place in the house and grounds of Blenheim so it doesn’t seem too much of a stretch to expect some political engagement or critique, especially from an artist as politically astute as Sehgal. None is forthcoming and Sehgal’s non-object work is disappointingly easily folded into a rich man’s private art project. Why did I expect a critique from Sehgal? I made the mistake of eliding progressive politics with progressive aesthetics. But I should have remembered the history of avant-garde composition after 1945: just because fascists don’t like it, doesn’t mean it’s anti-fascist.

After shrugging off the last of my naive idealism I enjoyed the show. It is funny and touching, spectacular and intimate. A group of 20ish performers of different ages, genders and ethnicities moves like a shoal of fish around the spaces of the Blenheim Palace gardens and courtyards. They are dressed in normal clothes with some loose colour co-ordination; they could almost be casual visitors to the house but have a vague collective identity. They sing together: sometimes arrangements of A Fifth of Beethoven by Walter Murphy, sometimes Laurie Anderson-style minimalist textures. They perform group choreographies: sometimes loosely circling each other, sometimes all lying down together in a circle in front of the house, sometimes ducking down to hide in the rose garden. Four performers climb into the fountains to perform a slow and mysterious choreography accompanied from inside the palace by someone playing the organ with the windows open. At the climax of the performance the organ music stops and water spurts out of the fountains, a surprising and joyous moment.

Individual performers occasionally break away from the herd to come and talk to you, launching immediately into anecdotes about their lives told in a friendly, naturalistic way that excludes the niceties that would normally bookend such an interaction and subtly limits your chance to respond. You are dropped into an intimate and emotional conversation with a total stranger. Some of the conversations are about covid, lockdowns and reuniting with loved ones. One woman tells us about spending time with her grandmother before her unexpected death; a man tells us about attempting to protect his younger brothers from his father who was drunkenly attacking his mother. It is powerfully moving to be spoken to like this by strangers. Sehgal’s work charms you and then devastates you.

My guess is that we are the only people at Blenheim Palace specifically to see Tino Sehgal’s work and the piece playfully hovers on the line where art ceases to be noticed as art. We watch two late middle-aged women have a conversation with one of the performers; they have a lively encounter with an artwork that they don’t seem to know is an artwork. Inside the palace two performers writhe, lips locked together, on the floor in extreme slow motion, performing Sehgal’s piece Kiss. An officious usher bustles up to us and says: “Let me explain this to you: this is a performance, they’re performance artists”.