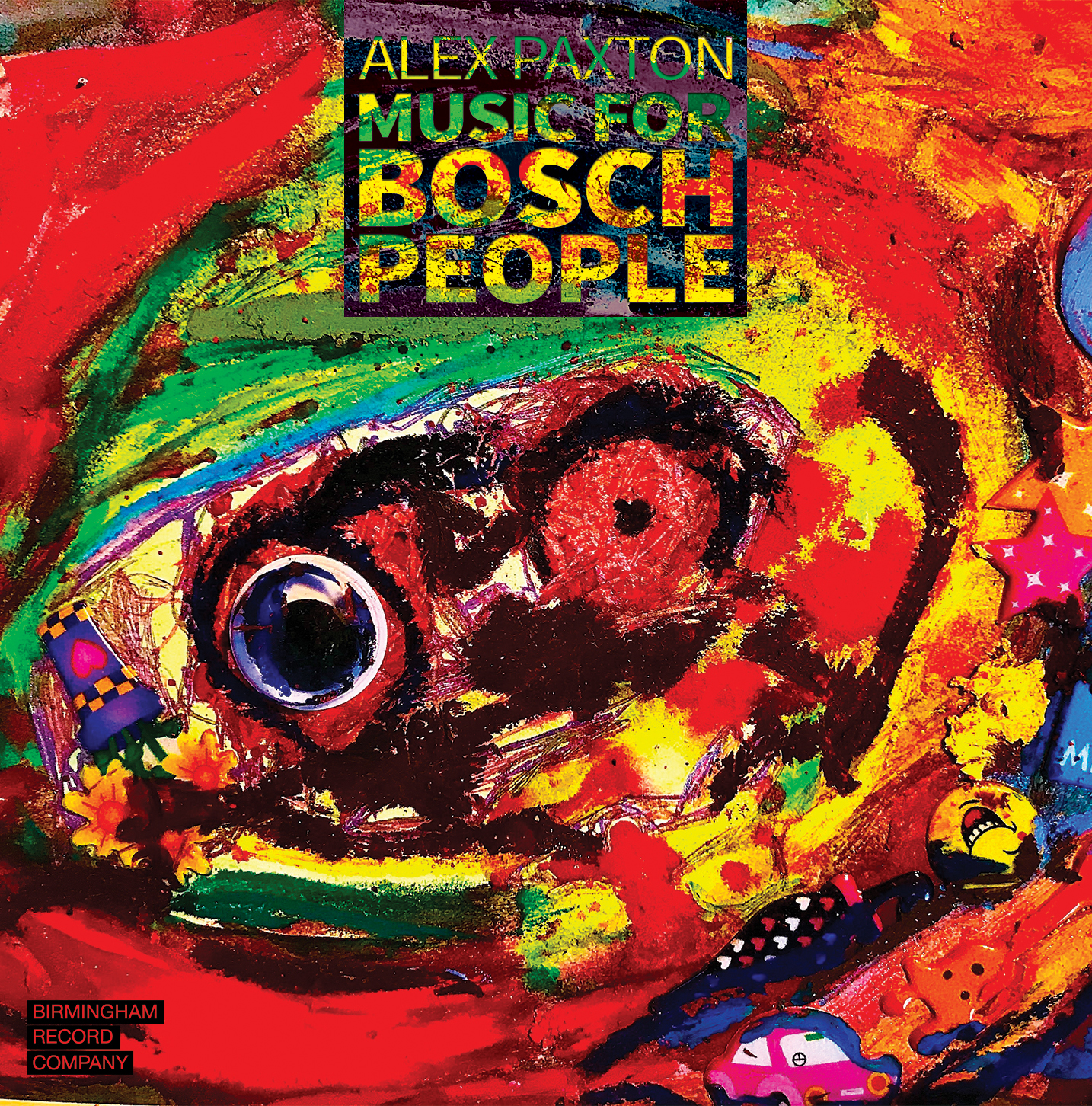 Complexity is supposed to be dead – or at least, to borrow Richard Taruskin’s description, “terminal”. It certainly seems like it: the domain of old men banging on about “catarhythmic timeline modifyers” and “interruptive polyphony”. Indeed, complexity is so dead that multiple generations of composers across the aesthetic spectrum have reacted to the decline of postwar Modernism by making music that asks the question: “what if I wrote music that actually sounded nice?” In Britain at least this has resulted in a lot of new composition which is easy going and consonant, friendly even. All well and good, but it can sometimes feel like eating a diet exclusively comprised of cake. Sometimes you want to eat cake but sometimes you want to eat a Hieronymus Bosch painting.

Step forward Alex Paxton, incipient savior of difficult listening, with his album Music for Bosch People. The title track is a high-octane, 15-minute odyssey of obsessively repeating riffs, avant jazz harmonies, extended technique brass solos, prog rock organ, stuttering drums… I could go on. The patron saint of this kind of high intensity poly stylism is John Zorn, and the influence of his 1990 album Naked City hovers over Paxton’s album. The tracks on Naked City are intense bullets of musical information, none over 5 minutes, almost half under 60 seconds. Paxton takes this level of intensity and builds larger forms using jarring layers that animate the entire audible field and jostle with each other, competing for the foreground of the texture. A precedent for this is Harrison Birtwistle’s large-scale work Secret Theatre from 1984 where an elliptical cantus firmus holds together constantly shifting textures; for Paxton, neurotic riffs serve the same function. Music for Bosch People is a brutally airless kaleidoscope of twentieth-century musical trash: 1980s video game sounds, 1990s tv themes, 1950s big band schmaltz – on multiple listens the piece is almost nostalgic, Paxton eschewing the clipped digital racket of the twenty-first century.

“Londonglum” is a trombone solo performed with formidable virtuosity by Paxton himself. It seems to be a meditation on virtuosity: Paxton’s own take on Charlie Parker-style bebop or Paganini. The piece sounds like he’s wrestling his trombone, which has come to life and is forcing him play Flight of the Bumblebee. Amid manic runs of notes Paxton shouts, groans and yelps in protest. The piece reminds me of the 1947 American radio play for children, Sparky’s Magic Piano. A musical fable, Sparky’s piano comes alive and allows him to play the most virtuosic piano repertoire without having to practice, only to humiliatingly abandon him on stage at Carnegie Hall. Paxton seems wary of his talent, hostile to it, suspicious of its gifts. His virtuosity is without fluency: his trombone playing is immensely effortful, the sound is strangled and you can hear his ragged breathing throughout the recording.

The album ends with five pieces with titles including the word ‘Prayer’, and while they are not exactly prayerful in the traditional sense they have a comparatively contemplative and nocturnal quality. In Paxton’s music, the surprise generated by snatched moments of stasis, repetition or arrival demonstrates how furiously unstable the rest of it is. “Prayer with Night Pictures” has a sultry expressiveness combined with Bach-like arpeggiation; “Prayer in the Darkness” combines Baroque trills and flourishes with jazz close harmonisations. There are moments of softness here but they are never straightforward: always accompanied by layers of frenetic electronic fiddling or trombone yowling.

Bosch’s paintings are a good visual analogy for Paxton’s music: mountains of crisp detail that are legible when taken singly but accumulate into a surreal and overwhelming whole. Paxton’s music and playing seems possessed by an inorganic energy: it doesn’t ebb and flow, it doesn’t get tired. It churns away with the unstoppable but varied mechanical precision of a washing machine, maybe a Bosch.

This position is published in German translation in Positionen issue #128, August 2021.